Here you can find all information about Zattoo! 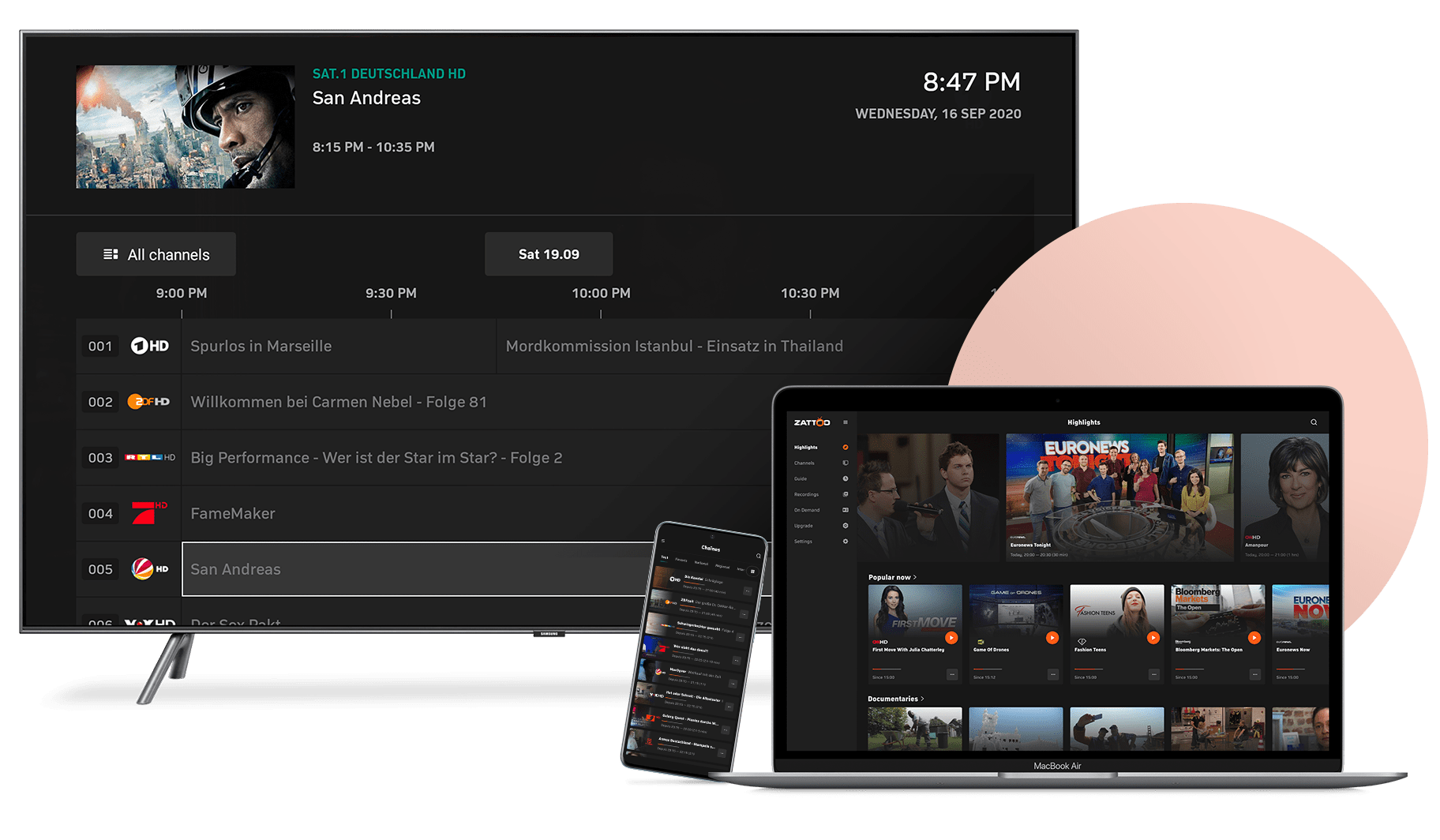 Paving the way for the future of television

June 9, 2006: As a pioneer in TV streaming, Zattoo is the first provider worldwide to broadcast the opening match of the World Cup live, free of charge, via the Internet to home computers. Today, we are one of the leading TV streaming providers in Europe with more than three million monthly users. Founded in 2005, we employ around 200 people and have our headquarters in Zurich and another location in Berlin.

Users in Switzerland, Germany and Austria watch a variety of TV channels as well as a selection of video-on-demand content on almost all available devices via the Zattoo app. We have also been operating our own B2B business since 2012, making our technology available to media companies and network operators worldwide as an international TV-as-a-service platform.

Zattoo is now climate neutral! Jointly with ClimatePartner, an expert on climate protection for companies, we have calculated our corporate carbon footprint. In 2019, this caused emissions of 692 tons of CO2 which we have fully offset by supporting certified carbon offset projects. We also plan to offset our emissions in 2020, making us effectively climate neutral. With dedicated projects, such as a data center operated in a wind turbine, we are working on the climate-neutral television of the future.

The No. 1 TV streaming provider in Europe

Pioneer in TV streaming since 2005

Over 200 employees from over 40 nations

Around 3 million users per month 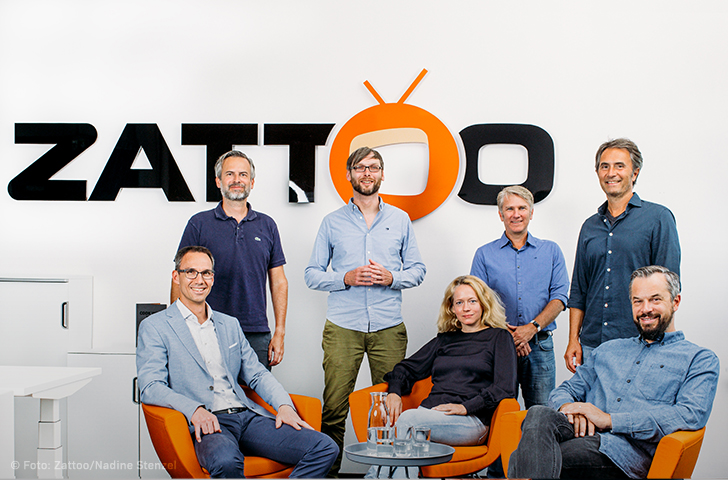 Here you can find information and pictures of our management team. 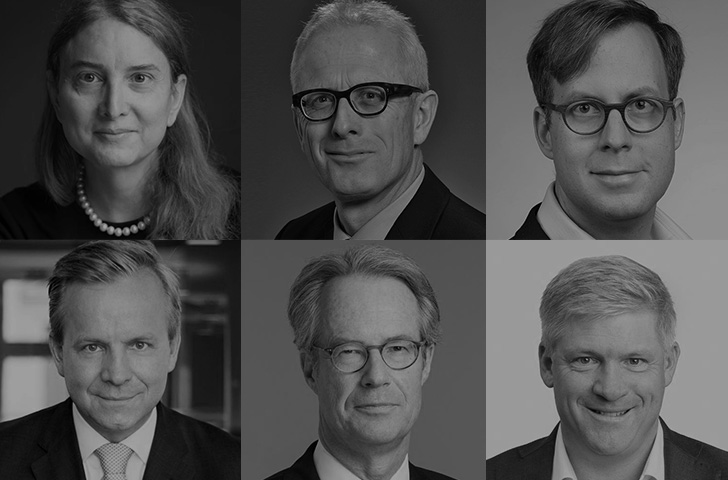 Here you can find information on the members of our Board of Directors.

To the Board of Directors

In the press area you will find current press releases from Zattoo as well as images for download.

To the press area