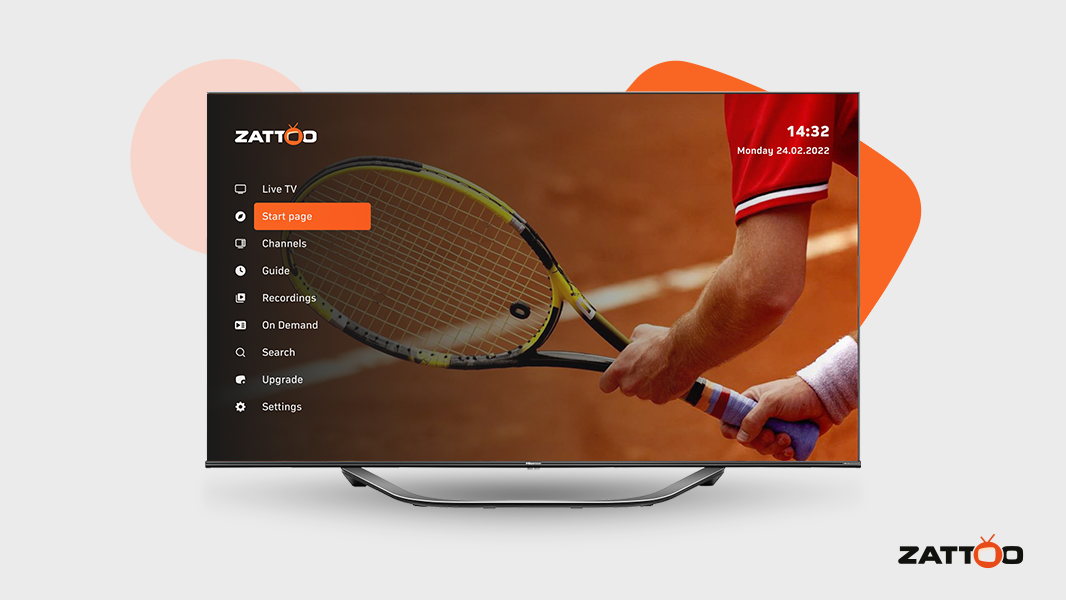 Berlin/Zurich, November 15, 2022 – Zattoo is now available on Hisense and Loewe smart TVs with its own app. With the further expansion of its technical range, Zattoo remains one of the TV streaming providers with the largest device selection on the market.

More and more people are watching their television programs on their smart TV or connecting their television to a streaming device. The so-called connected TVs have therefore been the focus of Zattoo's product development for a long time. With the Zattoo app now also being available on Hisense and Loewe TV devices with the VIDAA operating system, Zattoo is finally closing one of the last relevant gaps on the smart TV market in the entire DACH region.

“The majority of our users stream their TV on a big screen. With this additional range on Hisense and Loewe devices, we are expanding our technical availability on connected TVs and are therefore becoming a simple and convenient alternative to traditional reception methods such as satellite or cable TV for even more households," says Constanze Gilles, General Manager Direct- to-Consumer (DTC) at Zattoo.

"We are thrilled to see Zattoo adding to a remarkable premium video content offering for VIDAA users in Europe," says Denis Oštir, Senior Director of Global Business Development at VIDAA. “The launch of the Zattoo app represents a major step for VIDAA towards providing a truly compelling traditional free and Pay TV option for new and current streamers in Germany, Austria, and Switzerland. Not only will Zattoo be an application on our system, but it will also be integrated into VIDAA’s content catalog, making it easier for users to discover new shows or find their favorite ones.”

Most devices with the VIDAA operating system have the Zattoo app already pre-installed. With the next software update, the app will also be available for newer models. What is special: The app can easily be set up as a TV source directly on the television. This way the TV program starts via Zattoo immediately after the television is switched on. Existing users can register on their corresponding devices as usual using the Zattoo app. Anyone who does not yet have a subscription can opt for a Premium or Ultimate subscription directly in the TV app and the web shop or in the app on their mobile device. Starting next year there will also be a separate Zattoo button on the remote controls of the new Hisense models allowing a direct one-click access to the Zattoo app.