Berlin/Zurich, May 18, 2022 – At the beginning of the war in Ukraine, the demand for news on television more than doubled. But after just a few weeks, the increased interest dropped back to the level before the war outbreak. This is the result of an analysis of the usage data from the TV streaming provider Zattoo for Germany, Austria and Switzerland.

In times of crisis, there is an increase in demand for trustworthy information. In the course of this, television is the most important source of news for the majority of the population. This is shown by the results of the Reuters Institute Digital News Survey 2021 for Germany, Austria and Switzerland. The increased interest in up-to-date information also leads to a longer period of use among TV providers. This was last observed after the outbreak of the corona pandemic. At the TV streaming provider Zattoo, total usage back then increased by 15 percent in March 2020. 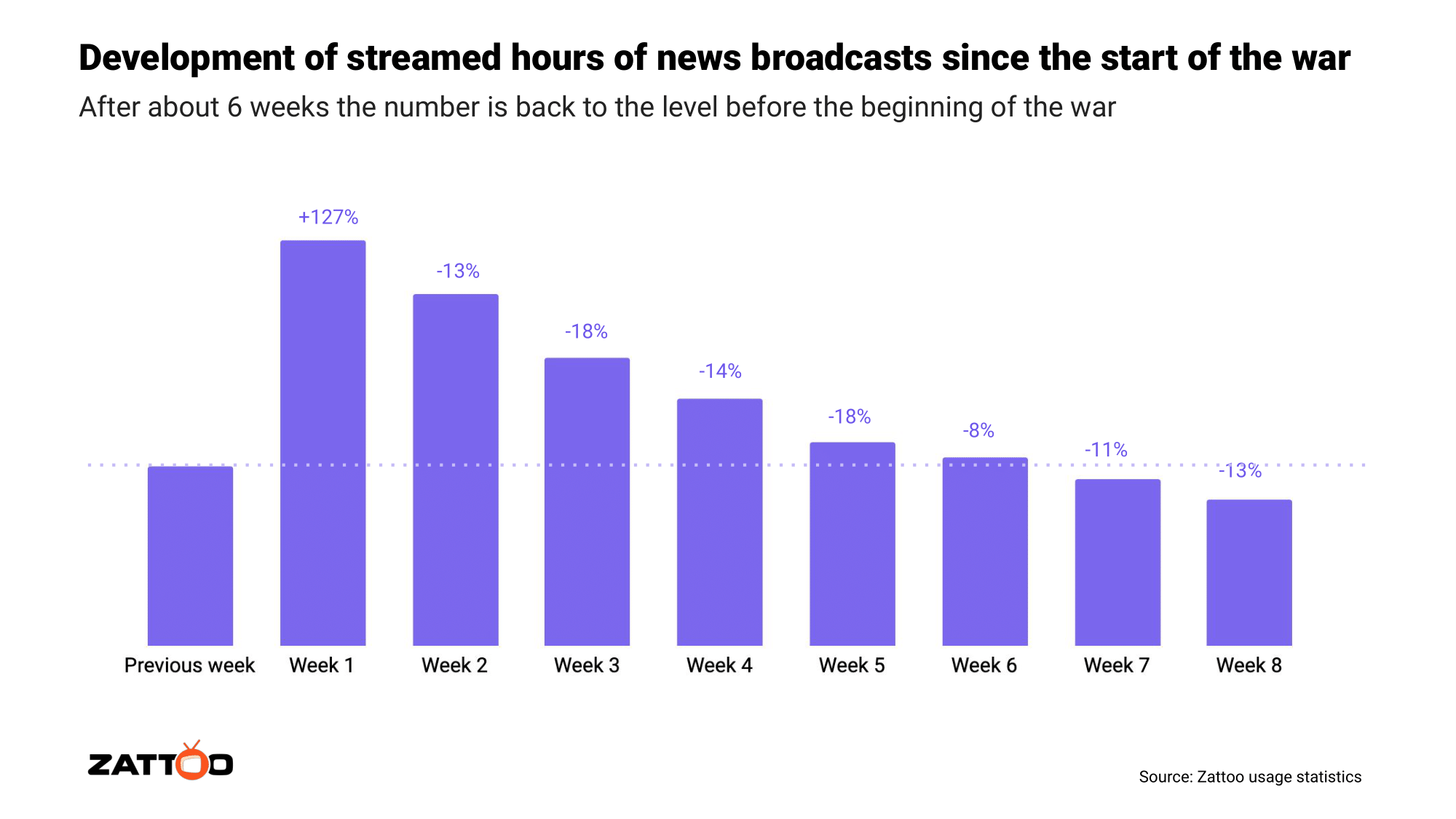 “The evaluation of our usage figures shows once again how high the demand for up-to-date information is, especially in times of crisis. Television as a medium is one of the most important sources of news,” comments Jörg Meyer, Chief Commercial Officer at Zattoo. “However, our evaluation also shows that after just a few weeks interest has returned to a normal level. For us it was particularly interesting to find out how quickly a kind of habituation effect can be felt in the viewers.”

You can download the graphic for the analysis here.
Please indicate the following copyright: © Zattoo AG