Berlin, 1st November 2022 – When it's raining, storming and snowing outside, satellite reception is often disrupted. Around two-thirds of people with satellite television are affected. How can those affected not miss a goal at the upcoming World Cup despite problems with the satellite dish? The solution: In the event of disruptions, internet television is the first choice. This is the result of a current online representative survey by Kantar on behalf of the TV streaming provider Zattoo.

TV reception via satellite is generally considered reliable. However, weather-related disturbances can quickly cause a noisy image or a black screen. This is particularly bothersome at live events and especially for fans of the upcoming World Cup in Qatar. A recent survey conducted by the market research company Kantar on behalf of Zattoo among over 1,000 German Internet users revealed that 76 percent of people with satellite television have reception problems. Weather-related disruptions are particularly common at 68 percent. Power failures (12 percent), defective devices (6 percent), missing updates (6 percent) or a disturbed view of the satellite (8 percent) are rather rare reasons for reception problems. 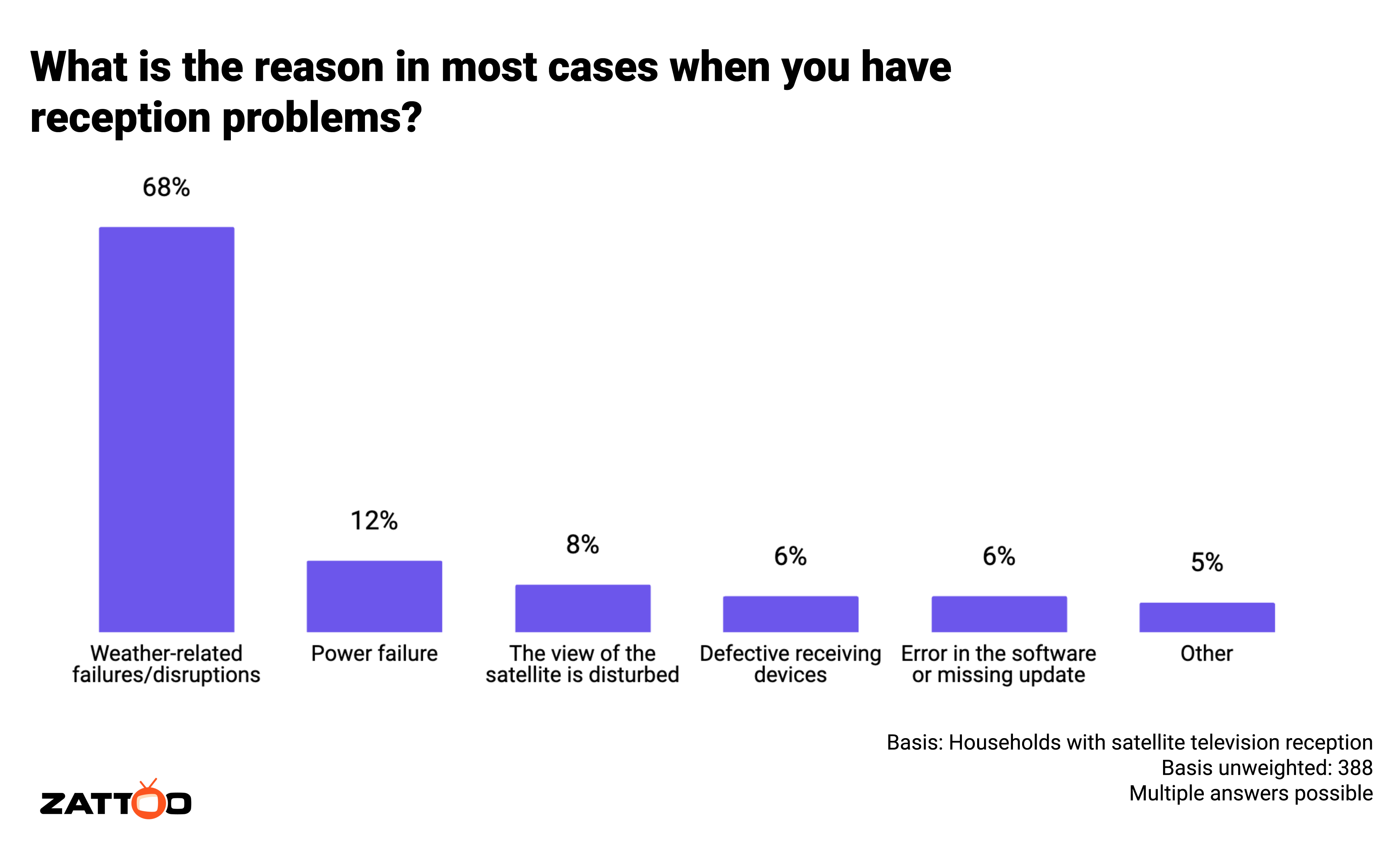 In the event of disruptions, internet television is the first choice

What is to be done when the satellite television fails, especially during the cold and changeable season? The majority of those affected switch to internet television via TV streaming apps or live streams. 40 percent of respondents say they prefer this solution. If that is not an option, it is better not to watch TV at all. 38 percent prefer to switch off the television in the event of disruptions and no longer watch television at all. Very few switch to the TV signal via cable and DVB-T (7 percent) or try to continue watching with a distorted picture (8 percent).

“On the one hand, the Internet is significantly less affected by weather-related disruptions than other types of reception. On the other hand, with TV streaming apps such as Zattoo, live events such as the World Cup can easily be watched on smartphones or tablets, if necessary with a mobile internet connection. Thanks to the ever-improving infrastructure and the expansion of 5G, there are no restrictions in image quality," says Constanze Gilles, General Manager Direct-to-Consumer at Zattoo, classifying the results. 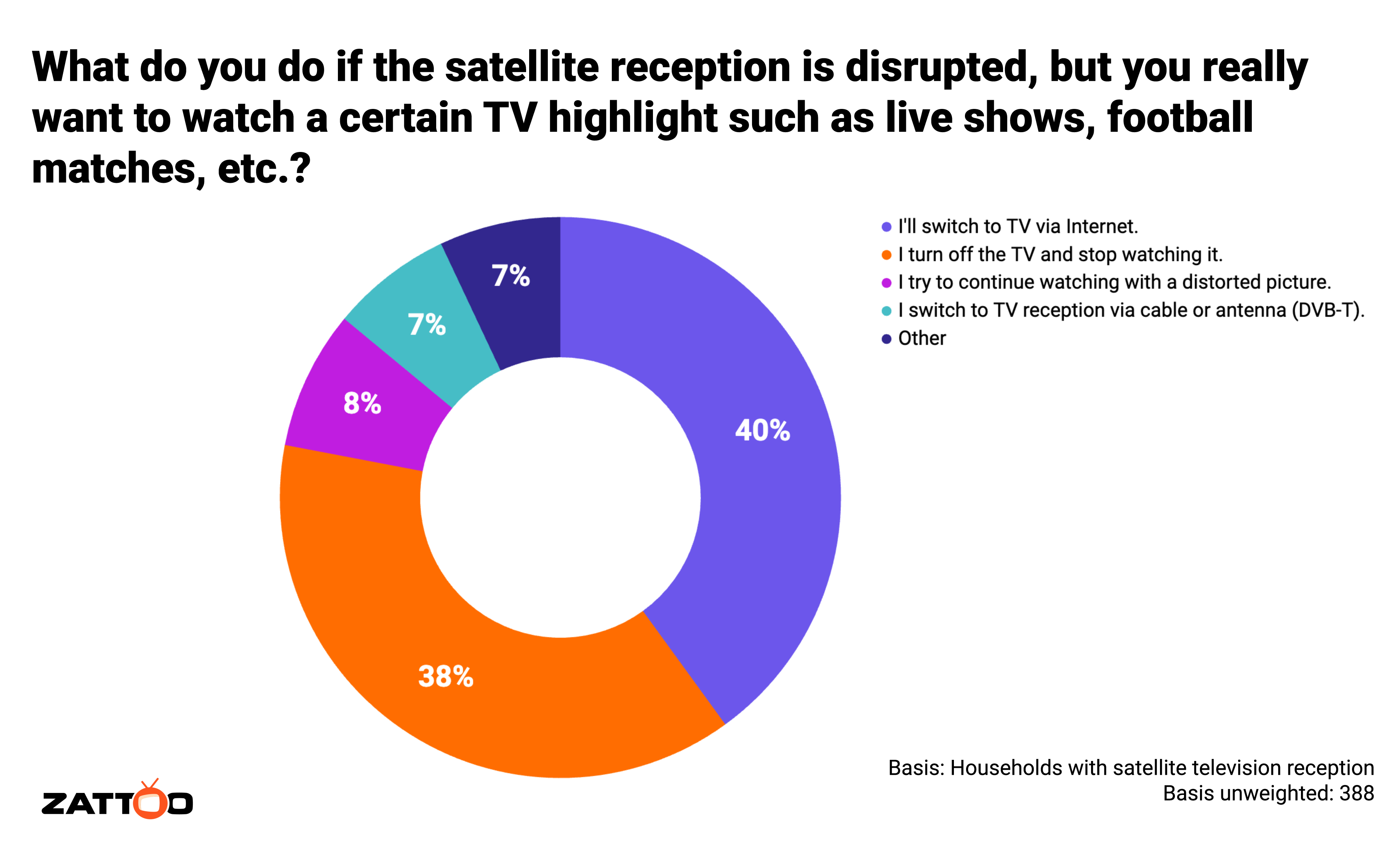