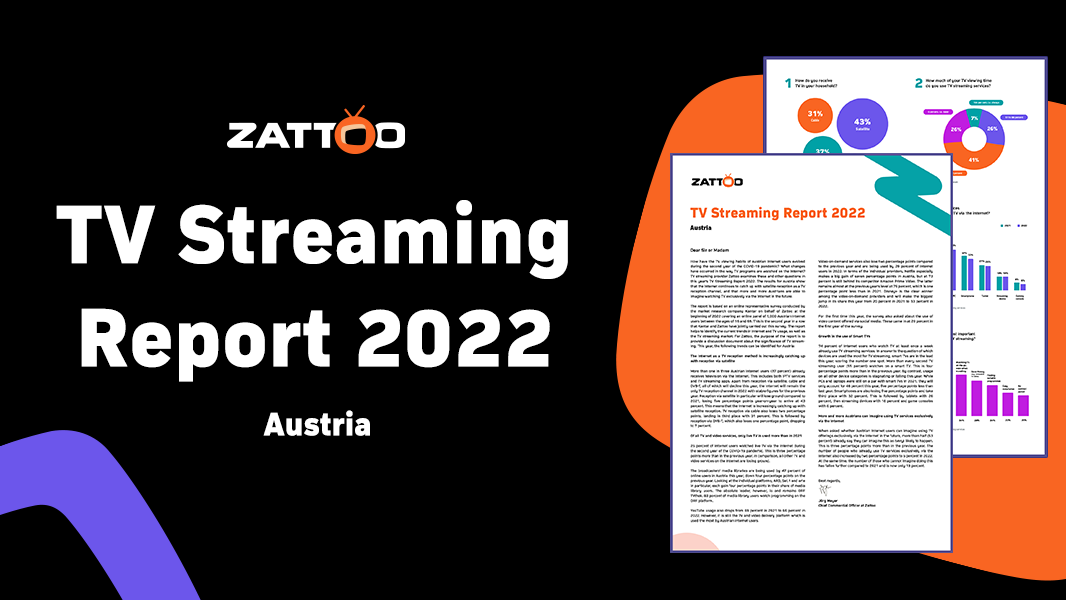 Berlin/Zurich, 24 March 2022 – Every third Austrian receives television via the Internet. As a TV reception method, the Internet is catching up more and more with reception via satellite. In terms of TV and video services via the Internet, only live TV continues to grow this year. More and more Austrians can imagine using TV services exclusively via the Internet. This is the result of the TV Streaming Report 2022 for Austria. The report is based on an online representative survey conducted by the market research institute Kantar on behalf of Zattoo which involved 1,000 Austrian internet users between the ages of 16 and 69.

YouTube usage also drops from 69 percent in 2021 to 66 percent in 2022. However, it is still the TV and video delivery platform which is used the most by Austrian Internet users.

For the first time this year, the survey also asked about the use of video content offered via social media. These came in at 20 percent in the first year of the survey.

You can download the TV Streaming Report 2022 for Austria here