"Users entered their data on the waiting list, similar to a club with a doorman"

A Swiss company, which has its rutes in the USA: the history of Zattoo is just as colorful as color television itself. Bea Knecht, founder of Zattoo, explains how the idea of tv streaming was born, where the name "Zattoo" is coming from and what she thinks about Zattoo's future. 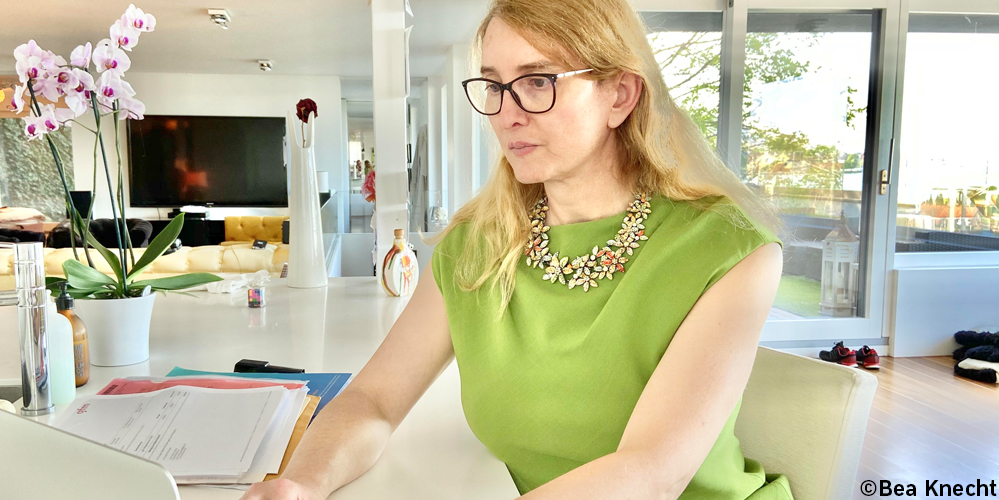 How did you come up with the idea of founding Zattoo?

1990 was the year in which I seriously examined the option of broadcasting live TV online. I also took into account how fast the chipsets in our internet-connected devices had to be in order to facilitate live TV online. It wasn’t until 2005, however, that these chipsets were used in the public domain and for private households. Signal transfer was still highly expensive, and a secret ingredient was needed to resolve this issue. This ingredient came from my business partner and fellow student in the USA, Professor Sugih Jamin. He managed to offer unmatched low-cost transmission technology for live TV online.

I’d met Sugih while studying Computer Science at Berkeley. We’d previously discussed the concept of setting up a joint venture, but it wasn’t until 2005 that we started out with the idea of turning live TV broadcasts online into a product. To do so, I flew from San Francisco, where I worked at the time, to Ann Arbor in Michigan in order to meet his PhD candidates and to work with them, along with Sugih himself, on founding Zattoo. Initially, we wanted to offer live TV to viewers online for free, ensuring it was legally properly licensed, and to roll this concept out across the whole world.

What does the name Zattoo mean?

I picked black and orange for the Zattoo logo. An “o” in our name was chosen to resemble a TV screen to show precisely what Zattoo is all about.

Why did the Zattoo service start in Switzerland rather than the USA?

It’s a fortunate coincidence that as someone from Switzerland, I was the first to open up the Swiss market for Zattoo. As a TV streaming provider, Zattoo has developed some pioneering solutions for the live TV sector as a whole. This includes the legally proper licensing of TV signals. Switzerland offered the most progressive framework for licensing television broadcasting rights at the time. Although the concept behind Zattoo came into being in the USA, the licensing there was so complex that we deferred this market.

How did it go down initially, and what were the biggest hurdles?

Zattoo began on June 6, 2006, right in time for the opening match of the World Cup. This was a triumph for our developers, since they overcame the major challenge of providing complete software that users would willingly download onto their computers. Another major success was the structure and financing of the team and technology. The foundation of Zattoo remained exciting right the way through: only a few days before kick-off, we noticed that satellite plates for live TV reception on the roof of our data centre was not connected with servers indoors as agreed. Just in time, we were able to drill a core hole through the ceiling of the data centre following approval by electricians and fire experts. The process of obtaining the permits usually takes weeks. All in all, we made a concerted effort to launch Zattoo's live TV service.

2006 saw the World Cup. Zattoo went online. How many were using Zattoo back then, and who were they?

There was a high level of interest in our service. Users entered their data on the waiting list, similar to a club with a doorman. We had around 100,000 people registered within six months. It was soon clear that our service was predominantly being used by young men. For this reason, communication at eye level was very important right from the start, and we used an informal style when addressing our users. Word of mouth was primarily what helped us grow in those early stages; we had very low marketing expenditure.

What was your vision of Zattoo back then, and did you achieve it?

Our vision was making live TV an option for the whole world. We wanted to help keep the world informed and entertained, and to allow people to come together on a cultural level. We wanted to achieve this by using our ‘free’ range under the Zattoo brand, but also by licensing our software through other companies.

As it transpired, though, Zattoo was only able to work multi-locally rather than globally due to the rights - not the content alone. At the same time, we established that the advertising-financed “free” range leaves too little margin for sustainable growth. We started our paid range on that basis. With our B2B business established in 2011, we ultimately managed to offer our service not only in the German-speaking countries, but also across the European markets. We are realising our vision bit by bit.

In your view, what were the major successes of the last few years?

I see the rapid and decisive development as our major success. Our team was highly motivated and engaged. I still remember the first two years at Zattoo as being magical, since we got a great deal done at an unbelievable pace. At the same time, we managed to secure our survival during the financial crisis by correcting costs and making sensible re-investments. Since that point, we have managed to finance Zattoo largely with our own funds and build up a strong technical, commercial basis. We’re all very proud of this, and everyone in the leadership team has made a significant contribution.

In hindsight, is there anything you would do differently?

When you’re in business, you seek out the right pace: after all, you need pace to take off. This was not the case when it came to the Swiss market. If we had stayed in this market alone, Zattoo would have become a bonsai start-up: functional but small. The technology costs could not have been passed on to a sufficient number of viewers without expansion abroad. Our technology would not have been able to become such a leader in live TV. Zattoo’s expansion during 2007-2008 from Switzerland to the neighbouring countries was therefore necessary - but in hindsight, I’d stagger the expansion rather than allowing it to run in parallel, and I would only trigger it once the monetisation of Swiss business has been sufficiently proven.

Where do you think Zattoo will be in 15 years?

I’ll start with the next 5 years: TV will be available on all devices, technology will get cheaper, and the user experience will continue to improve. Zattoo is the best partner and provider for this.

On our way throughout the next 10 years, we have the opportunity to become one of the Top 3 global streaming providers. We can anticipate a huge amount happening within the TV market over the next decade. The technology will continue to improve, live TV and video on demand content will merge to a greater extent, and the different players in the market will be moving closer together. I can’t yet say how Zattoo will develop in this regard. But in any case, we will remain technological leaders as we have done for the last 15 years, and we have the sector’s top experts on our side. 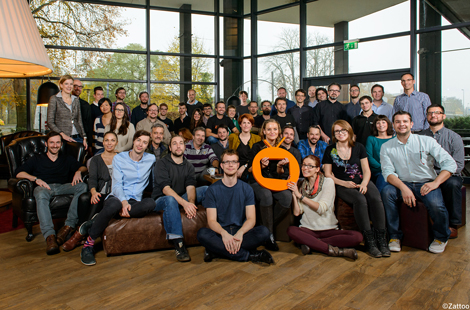 15 years told in our image gallery