How has the TV viewing behavior of German Internet users developed in the second year of the COVID-19 pandemic? What changes have there been in the use of TV services on the Internet? Streaming TV provider Zattoo sheds light on these and other questions in this year's 2022 Streaming TV Report. The results for Germany show that the Internet is the most-used TV viewing channel for the first time and that the use of live TV will continue to increase in 2022. 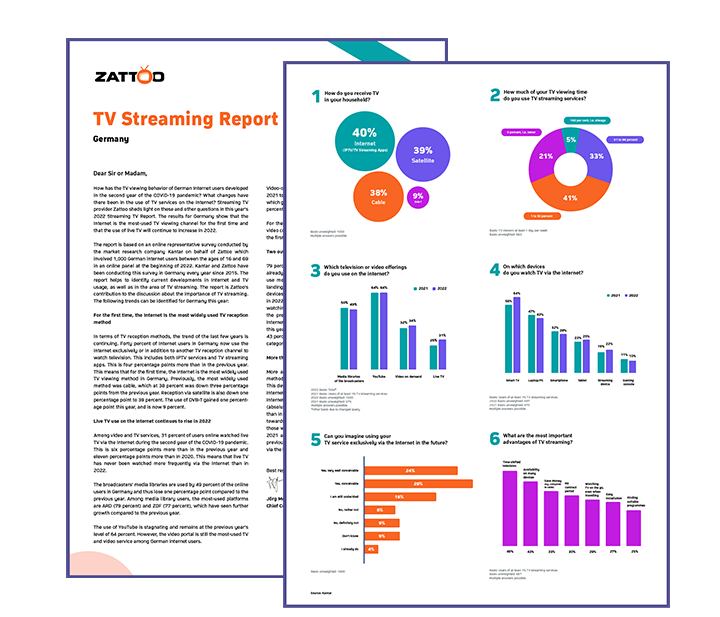 The report is based on an online representative survey conducted by the market research company Kantar on behalf of Zattoo which involved 1,000 German internet users between the ages of 16 and 69 in an online panel at the beginning of 2022. Kantar and Zattoo have been conducting this survey in Germany every year since 2015. 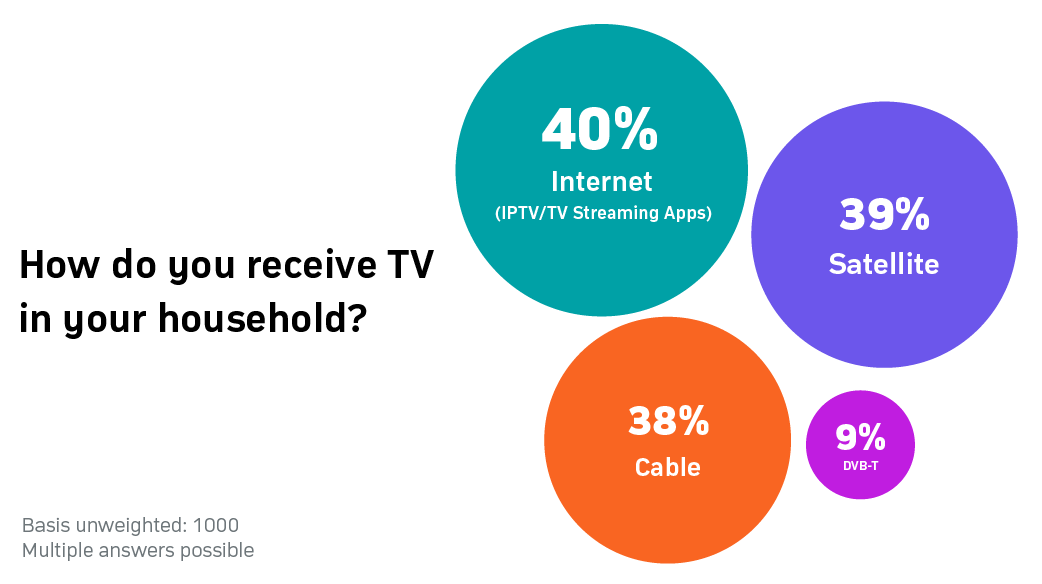 For the first time, the Internet is the most used TV reception method

In the second year of the COVID-19 pandemic, the daily TV usage decreases, while the time spent watching TV remains at the same level. Meanwhile, TV streaming services on the internet are being increasingly used. The biggest advantage of TV streaming remains the ability to watch TV content time-shifted. 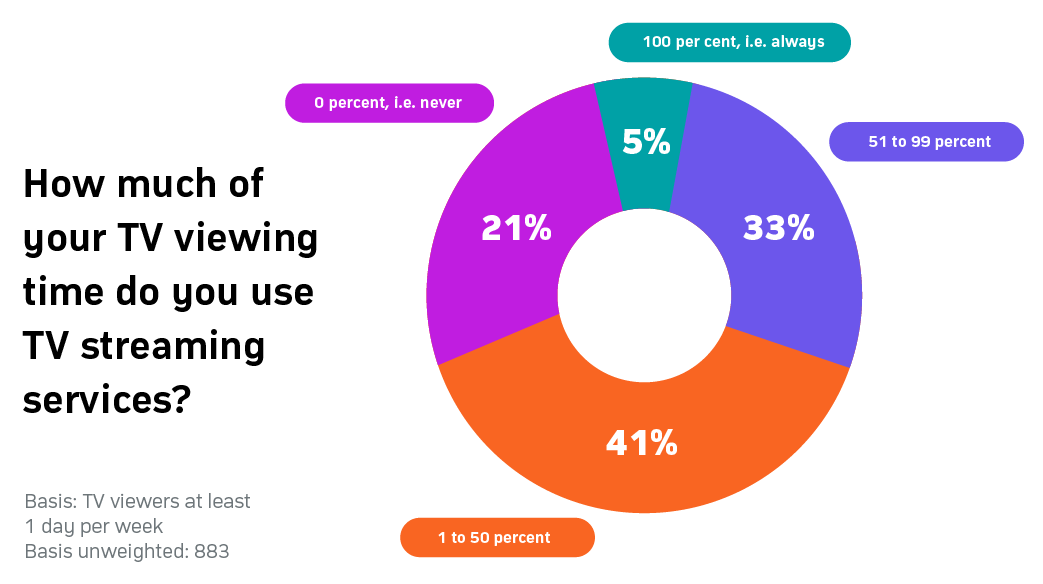 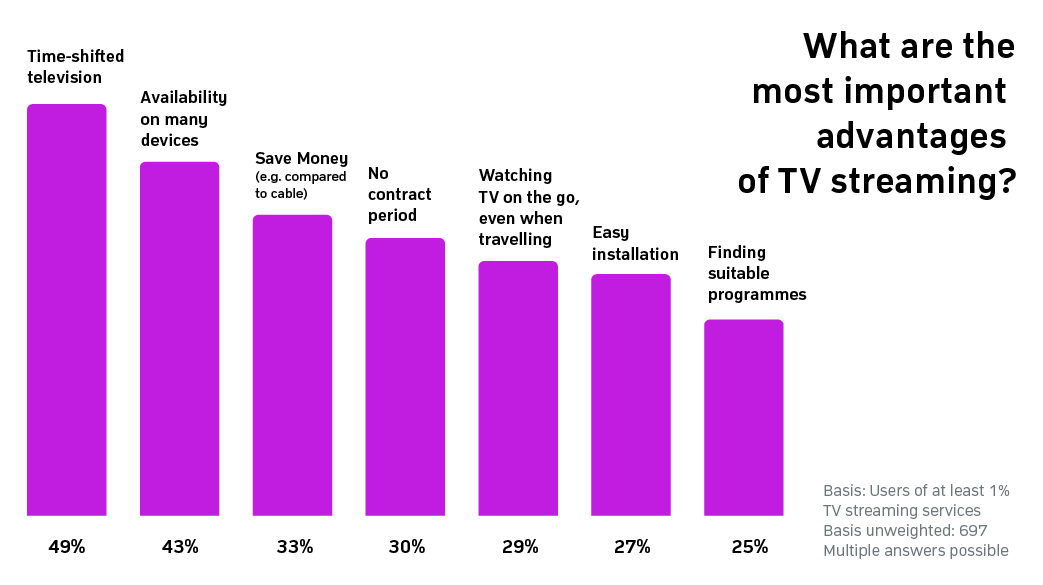 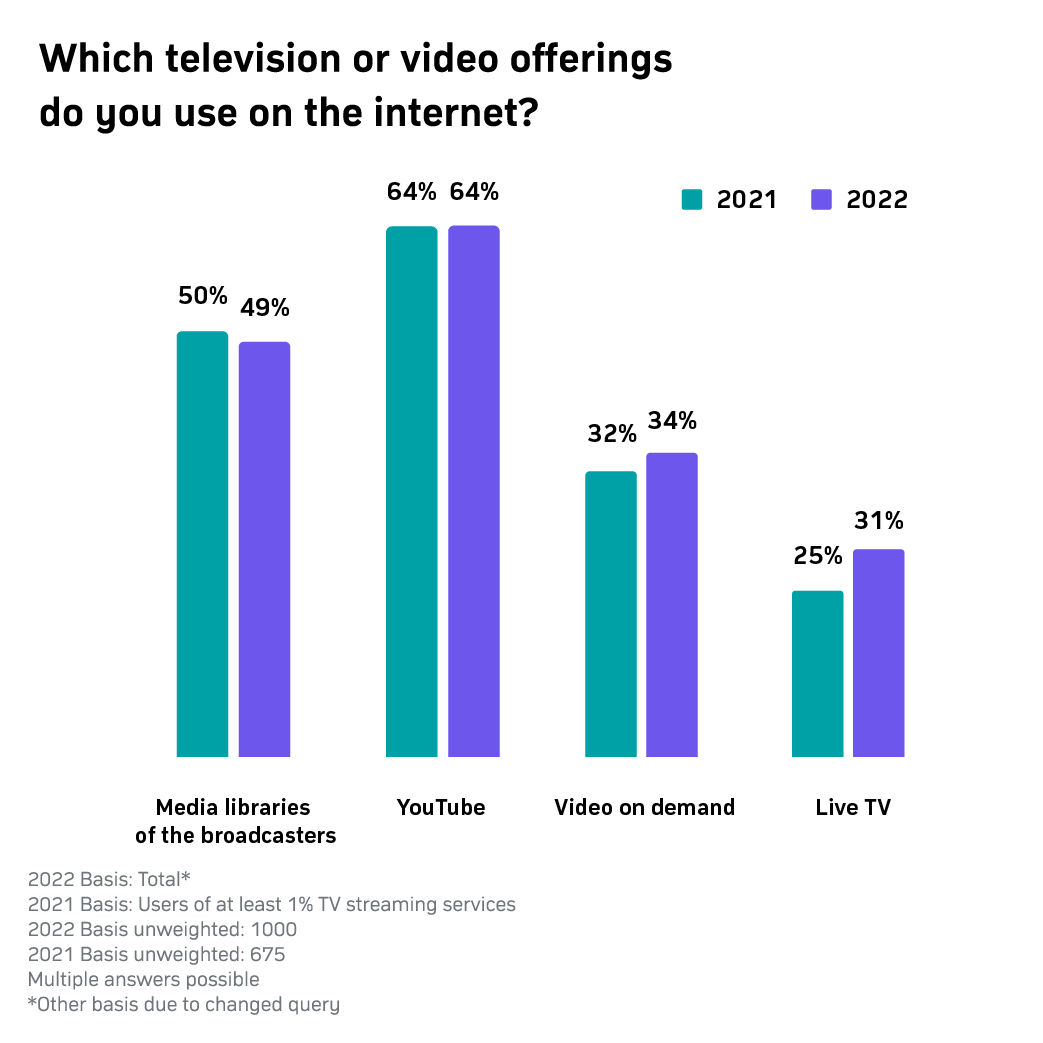 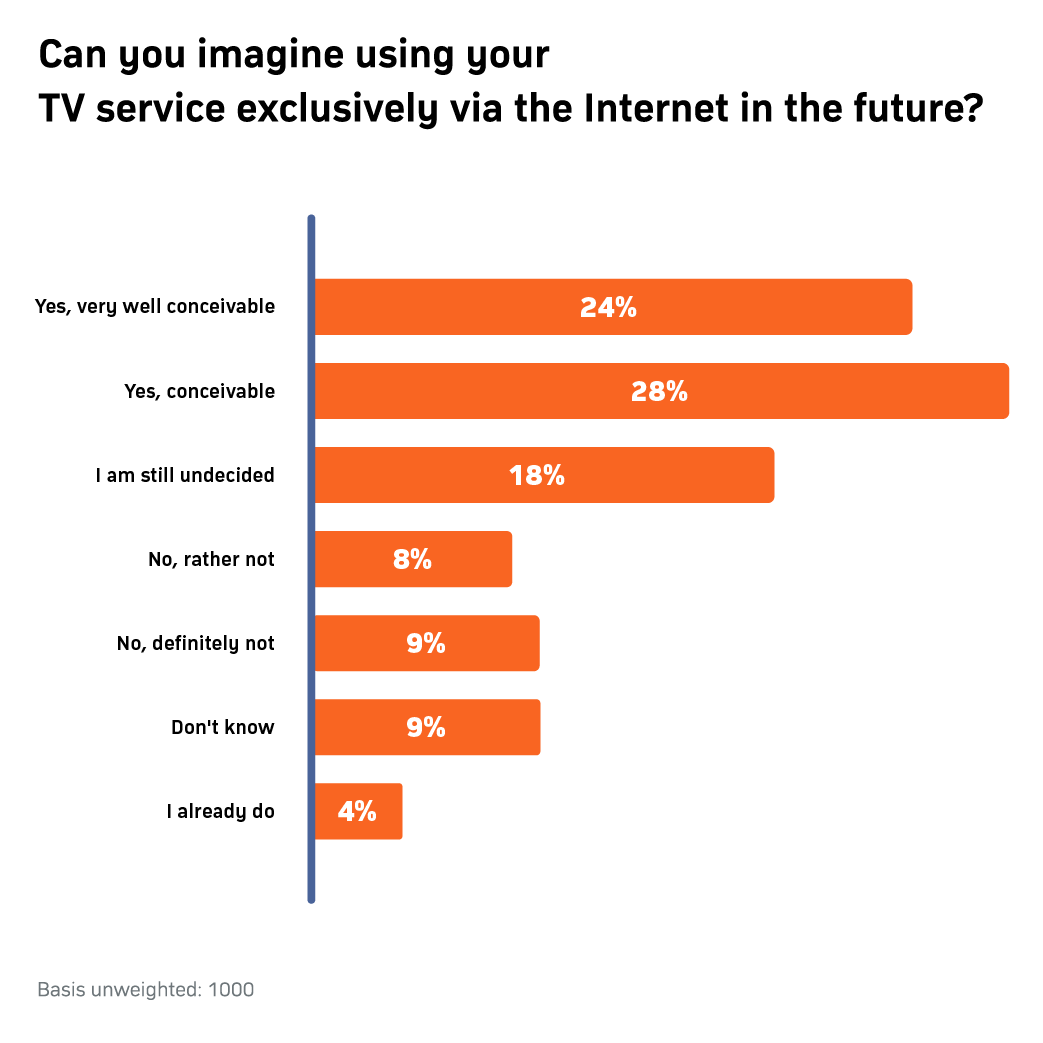 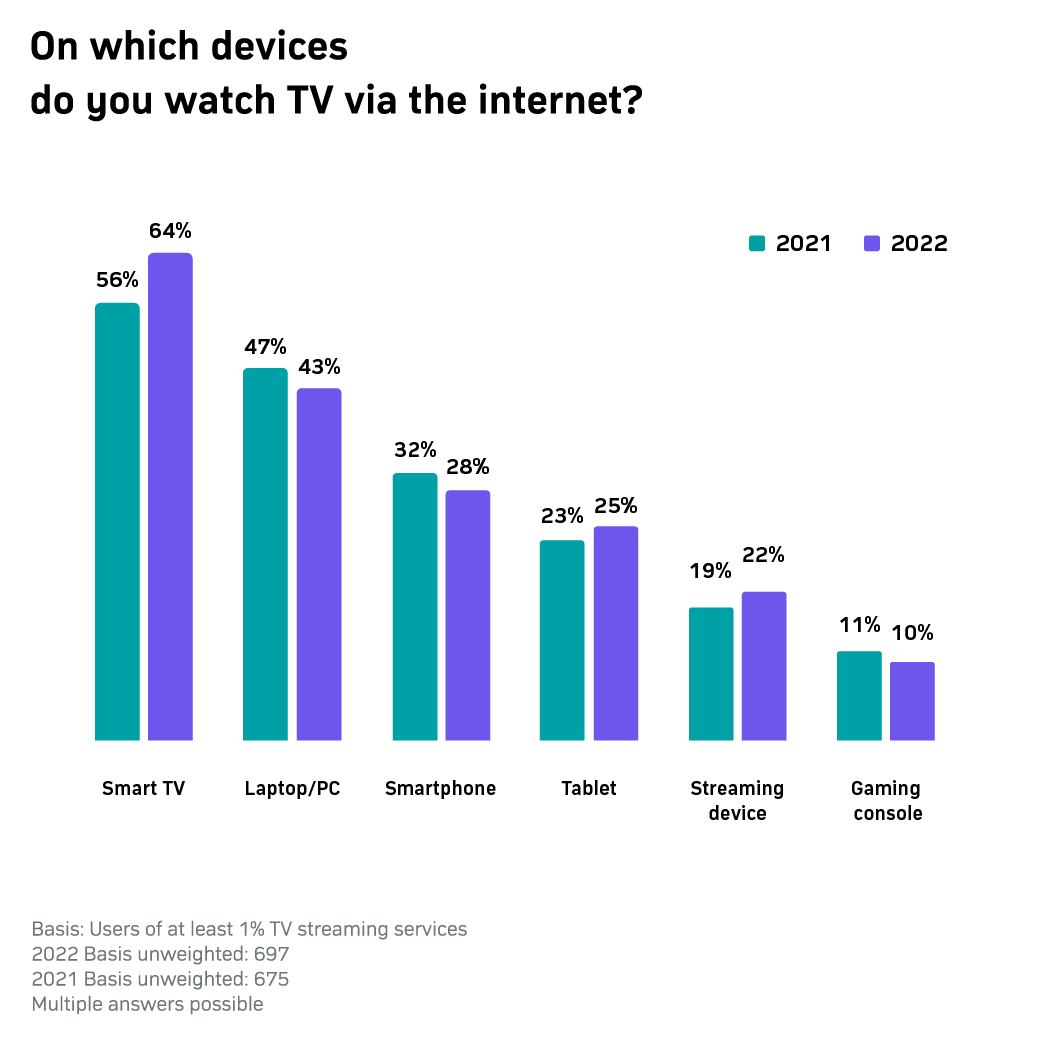 Results for Switzerland and Austria 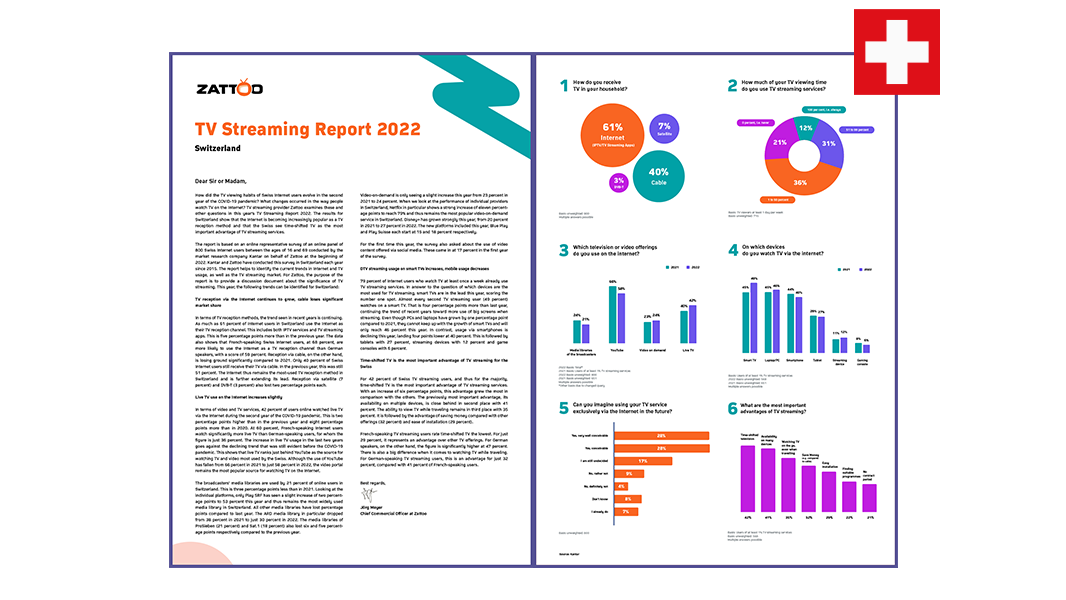 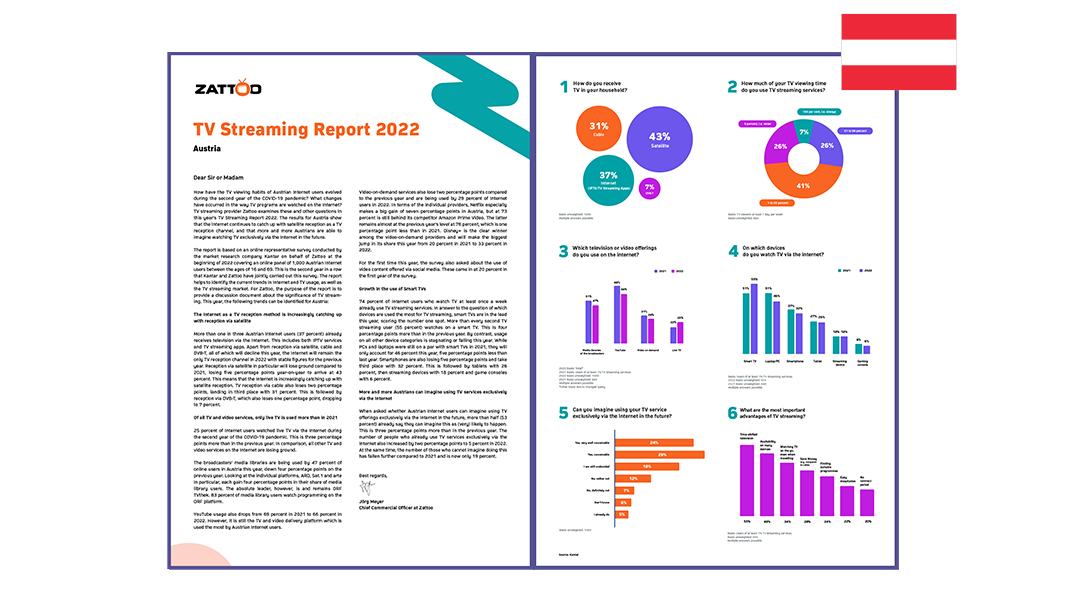